The SPI automatic flavour mixing system is designed to provide users with a highly accurate method of automatically mixing flavour and liquid ingredients together, whilst collecting mixing data for traceability purposes.

The system is build using modular units. Every system incorporates a base module unit that holds the final mixed fluid ready for distribution and also the control panel for the whole system. The ingredient supply modules are connected to the base unit and are built to specification. Some modules are designed for single large capacity fluids, whilst other may hold multiple trace element liquids. Each individual module is either heated or cold.

The flexibility of the system allows it to be used for many aspects of the production process, including feeding mixed flavour directly onto making machines (cigar, cigarette, filters, RYO), on line dosing for e-cigarette production or batch flavour mixing. 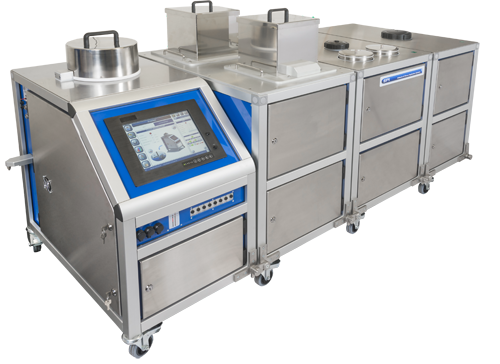